An overview of quantum computing frameworks 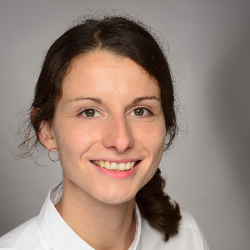 Dr. Anne Ernst
Senior Data Scientist at Ginkgo Analytics
Anne has a PhD in physics, a background in maths and is always eager to learn about new technologies. At Ginkgo, she helps customers make the most of their data.

A superposition of frameworks

We’ve been hearing a lot of buzz recently about the advent of quantum computing – surely exciting times to live in! Most large cloud providers are enticing their users to finally learn about QC and find the optimal QC application for their business problem. While the straightforward availability is great, it can be a bit overwhelming at times –  are you wondering where to get started?

This article is an attempt to provide a bit more clarity with the abundance of available quantum frameworks. We cover all the big ones (Qiskit, Cirq, Q#, Ocean, Strawberry Field) for various models of quantum computing.  An overview of the discussed frameworks as well as some less well-known examples can be found in the table at the end of this article.

Quantum computing can be modelled in different ways. The most famous models of quantum computing surely are the gate-based model. In these model the quantum information carriers are manipulated by so called quantum gates, the resulting quantum circuit defines our calculation.

On the modelling side, quantum gates can be represented by unitary matrices, whereas on the hardware side they can for example be implemented by optical elements such as mirrors or beam splitters, or by the sequence of laser pulses manipulating e.g. trapped ions.

There are currently two approaches to gate-based quantum computing: The most famous one being the discrete qubit based model, which is employed e.g. by IBM Qiskit, Google’s Cirq, and Microsoft Q#. A quantum circuit in the discrete model is defined by its qubits, classical bits and the quantum gates between them. Due to the relative analogy with classical gate-based computing and therefore familiarity, discrete gate based quantum computing can be comparatively easy to get started with.

Programming the quantum computer boils down to describing the way qubits and gates are arranged in the quantum circuits. On a low level, this is usually performed using OpenQASM or another descriptive language, whereas the higher level frameworks named above allow design, simulation and optimization of quantum circuits. These frameworks are also used to define which backend – i.e. which quantum hardware or simulator – the circuit should run on. There are many discrete gate-based quantum computers available – offered by companies such as IonQ, Rigetti, IBM or Baidu.

An alternative to the discrete models is linear optical or continuous variable quantum computing, which works with so-called qumodes. Qumodes are the quantum-mechanical states of photons and can be manipulated by quantum gates as well. These gates are quite different from the classical logic gates, and working with them might be less intuitively understandable than working in the discrete model. If you have a physics or chemistry background and/or are familiar with the quantum harmonic oscillator, definitely check out Xanadu’s Strawberry Fields, an open-source python framework for programming continuous-variable quantum computers. On the hardware side, there are few providers of photonic quantum computers at the moment, with Xanadu being the most famous one.

Another model of quantum computing is the adiabatic model – in particular the quantum annealer has become famous due to D-Wave’s success and the related publicity. A quantum annealer does not use circuits – rather it is a way to use (quantum) physics in order to solve certain problems. How does this work? I will try to explain with a very simple analogy. Let’s say we want to find the minimum of a parabolic curve. Now this problem might throw you back to high school math class – it’s an easy one to solve. But let’s imagine we live in a world where this particular computation is extremely hard to do. So we decide to use physics in order to solve it: we build a parabolic well and drop a ball in it. The ball will assume the state of lowest energy and drop to the bottom of the well. We measure the position of the ball – and solved our optimization problem, using physic – the laws of gravity. A quantum annealer uses the laws of quantum mechanics in order to solve certain classes of optimization problems, usually those that can be written as a Quadratic Unconstrained Binary Optimization (QUBO) or as an Ising problem. Factorizing primes as well as variants of the travelling salesman problem are examples of the kind of problems a quantum annealer can tackle. Programming a quantum annealer means reformulating the problem and describing it in terms of a quantum Hamiltonian. D-Wave provides a special software toolkit for this, the Ocean package. For quantum annealing, the choice is quite limited, with D-Wave being the only provider to offer working hardware. (There are a however, quantum-inspired classical computing alternatives e.g. Fujitsu’s digital annealer.)

There are more advanced packages available for specific applications such as quantum machine learning –  Tensorflow Quantum by Google and Pennylane by Xanadu. Qiskit also offers a machine learning package and can even be used with e.g. PyTorch. Molecule simulations are another important quantum application, which can be performed for example in Google’s OpenFermion, Qiskit-nature or the Microsoft Quantum Chemistry Library. In this article we focus on the basic frameworks used for programing quantum circuits.

Of course if you are already working in a specific cloud environment, check out their specific quantum computing availabilities. Amazon Braket offers a wide range of available software ranges as well as hardware backends, however none of the actual quantum hardware can be accessed for free. Free access to simulators is also limited to one hour per months.

Microsoft Azure offers a similarly wide range, and comes with 500 dollars of free credits for any of their hardware backends. You can apply for another 1000 dollars based on your project. Access to quantum computer vie GCP is currently limited, however the simulator backend is free to use.

Xanadu and D-Wave machines can both be accessed directly from the provider (as well as via various cloud providers). Xanadu offers free credit and D-wave a free trial period, which can be extended for free if you make your code open-source.

The IBM quantum experience is the only provider promising unlimited free access to actual quantum hardware. Their goal of democratizing quantum computing is one of the reasons for qiskit’s popularity.

Check out the different syntaxes in this notebook.

Do you just “really want to try quantum computing”? Qiskit surely is the way to go, due to its extensive documentation and tutorials. The qiskit textbook provided on the website is a great way to learn about quantum computing. The initial hurdle is low for data scientist and other python users – pip install qiskit is all you need to get started. Qiskit-terra has 3.4k stars on github, an active community and a rather intuitive syntax. The quantum analogue of a hello_world.py, a simulated Bell state1 and its measurements might look like this in qiskit:

Although there is far less learning material available for Google Cirq as compared to qiskit, Cirq has more Github stars than qiskit: 3.5k at the time of writing this article. The documentation is sufficient to get started and the syntax seems equally, if not more understandable as qiskits’:

Cirq is supported by Google Cloud and Azure Quantum.

If you are really keen Microsofts’ Quantum Development Kit (QDK) might be an option – it’s an entire domain specific programming language which allows you to directly program quantum hardware. In order to get started, you must install VS Code and set up a project – the initial hurdle is much higher than for qiskit and Cirq. There seems to be a rather active community for the QDK as well, the QDK samples github has 3.6k stars.

Amazon Braket offers their own software framework, but also gives the user the option to program in qiskit. Braket-sdk has only 195 stars on github and fewer activities than  qiskit and cirq.

A selection of other gate based quantum computing frameworks can be found in the table below.

The package of choice for programming linear optical quantum computers. Provided by the Canadian company Xanadu, Strawberry Fields has 665 stars on github. It is a building block for the more popular Pennylane library, which can be used for quantum machine learning. The Bell state in a photonic quantum computer looks a bit different than in the discrete model:

For discrete gate-based quantum computers, there is more competition – Google, IBM and Microsoft all offer extensive and well-documented frameworks. While IBM’s qiskit was probably the most popular one for a long time, Cirq might be getting there – Google is starting to open access to real quantum machines for developers (access to IonQ was opened in 2022). Tensorflow Quantum (build on Cirq) might give Google an advantage due to the popularity of Tensorflow in existing machine learning applications. In the future, it might be possible to switch from an existing classical ML algorithm to a QML one in a line of code with Tensorflow quantum. In the meantime, qiskit and the IBM Quantum experience are still the most direct way to run a program on a real quantum computer and a great place to get started.